One of the nice things about looking back at my past models is reminding myself of the things I learnt along the way, either in terms of scenery building or figure painting.  At the time this model taught me a lot and the techniques I employed were refined a little in future builds.  I am also reminded of the mistakes I made and how Imanaged to cover them up!

For those of you who might be interested a  link to Part 1 of this diorama can be found here.

A succesful week, helped considerably by the stay in doors weather, which has seen the completion of this model and also of one of my outstanding WW1 vignettes, the subject of a separate post to follow this one.

Not a great deal to say on this one.  The fir trees were completed with a couple of applications of static grass, the water effects were applied but need to dry a little further and the figures were painted and fixed in position.

The figures are in my opinion nicely designed but they aren’t the greatest of castings and they lack the crispness of other models that I have painted.  As a consequence they aren’t the best but perhaps I’m just getting my excuses in early!

The last photo was taken with the Magua model placed behind this diorama (my brothers idea, credit where it’s due).  The idea was to see how dramatic, if at all, the backdrop would look.  I think  a combination of both bits of landscaping could make for an interesting diorama, I just need to get my head around what figures to use.  There is no rush however as right now I’ve got more than enough lined up! 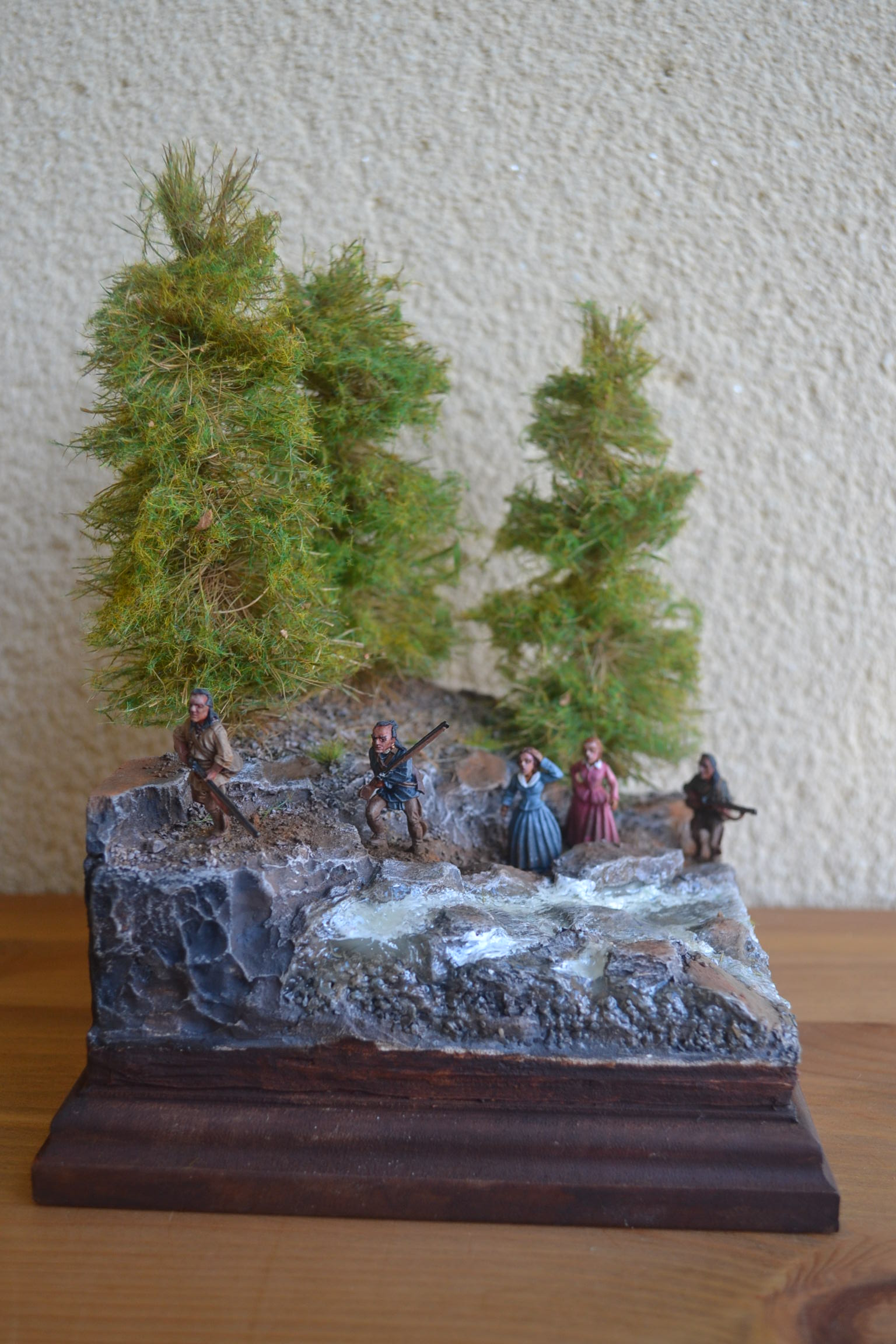 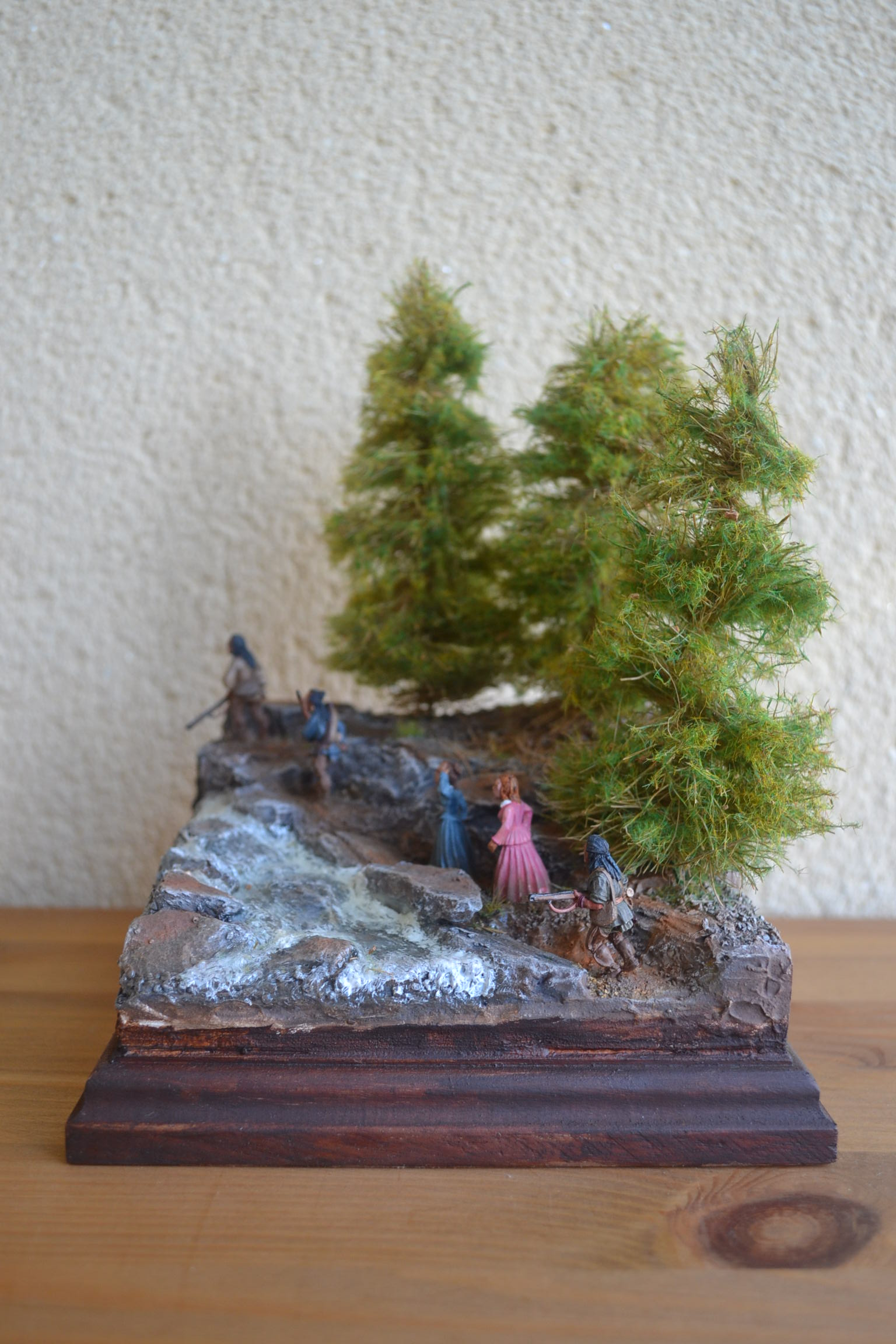 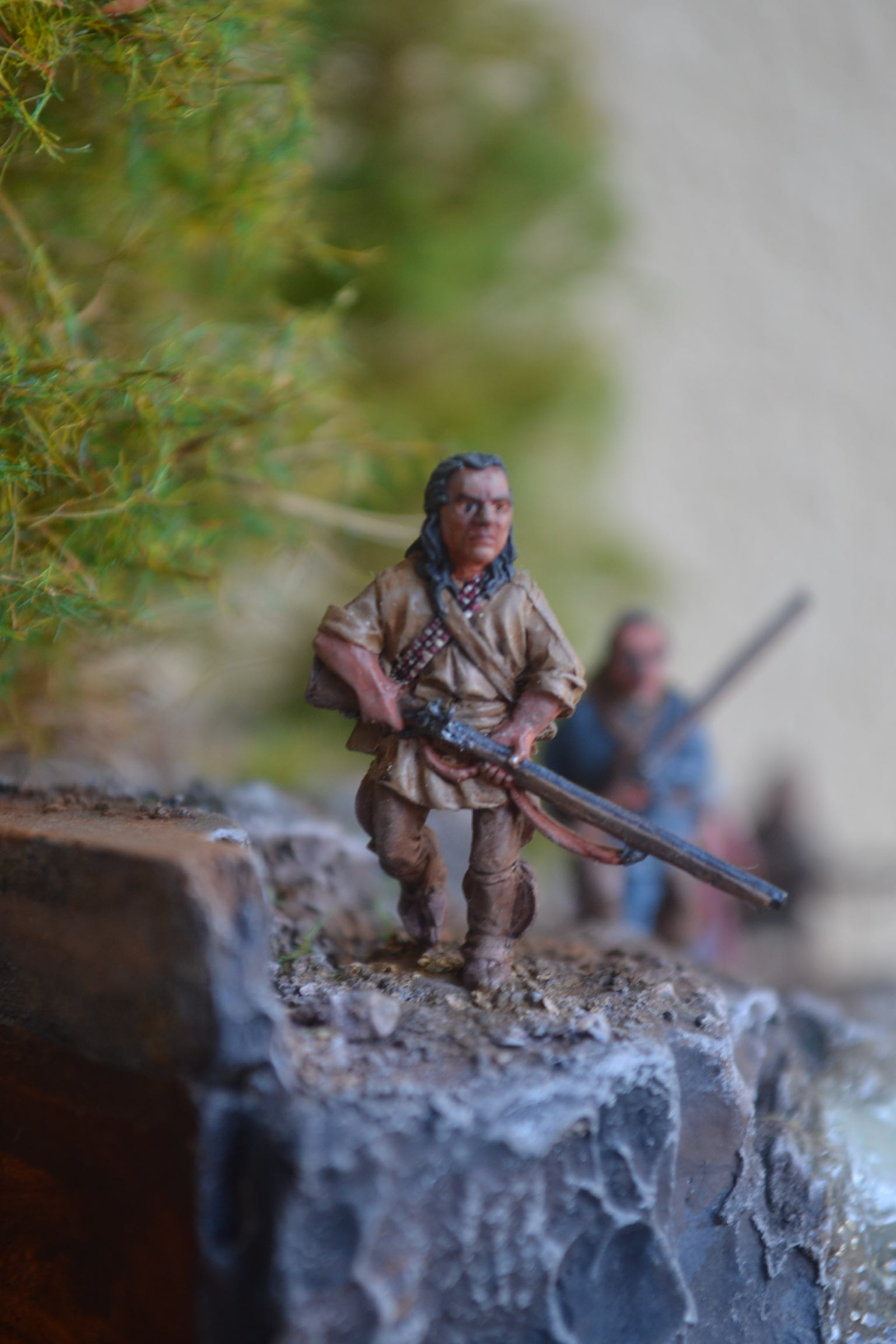 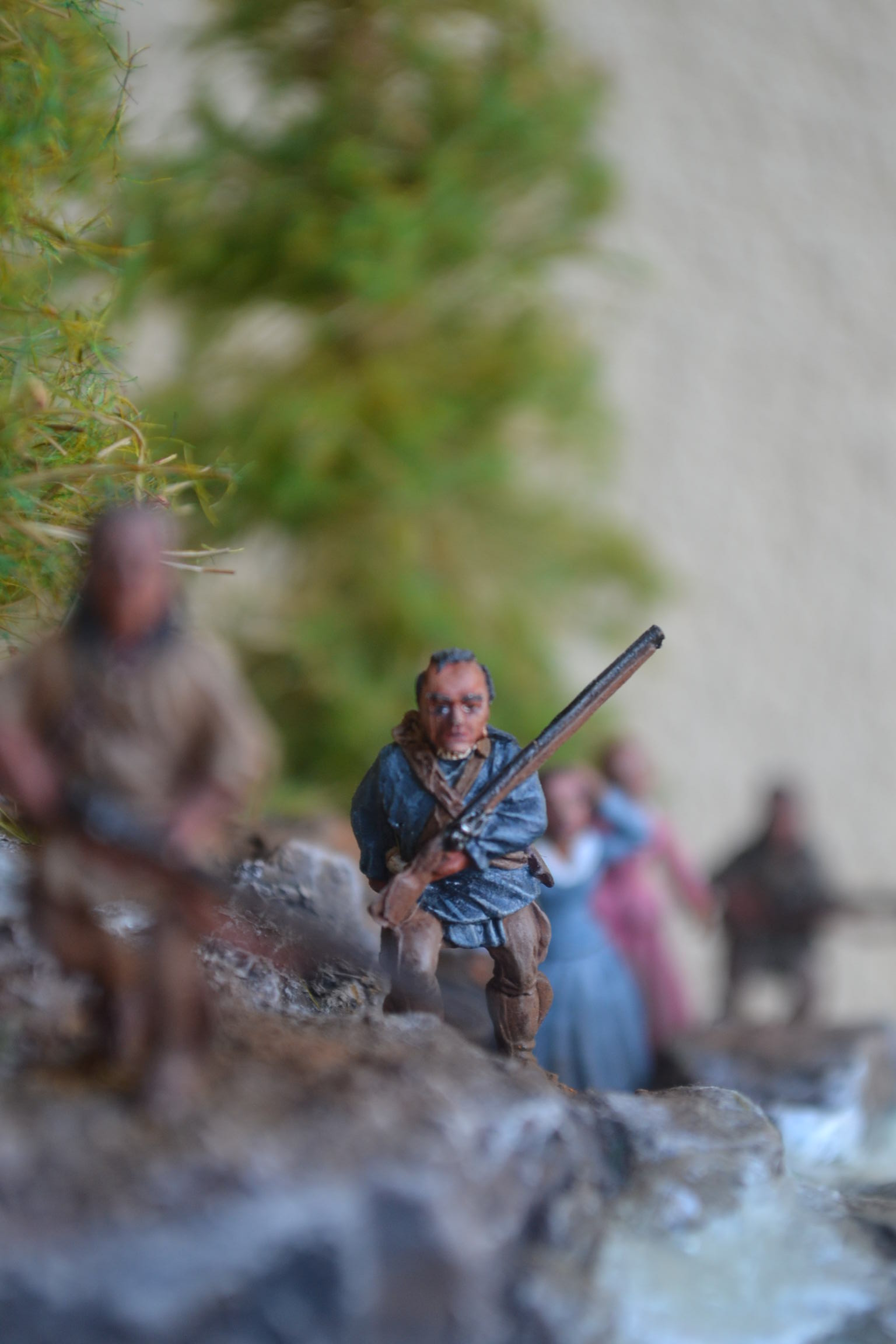