One of the things I learnt from this little piece is that sometimes all you need is a couple of quality and well composed figures to tell a moving story.

This week’s offering is a simple 28mm vignette of a couple of wounded WW1 British soldiers being attended by a clergyman officer.  I figured that within my growing sequence of scenes for WW1 something along these lines was a must have. Photos appear below.

The figures  – the one on the stretcher and the clergyman officer offering a cigarette – are both from Gripping Beasts while the standing smoking figure is from Great War Miniatures.  All white metal and excellent castings.

The Great War preceded the British National Health Service by some 30 years so back in those days a cup of tea and a woodbine was generally regarded as a “cure all”.  Whether you’d lost a limb, been the victim of a mustard gas attack or just suffering from undiagnosed post traumatic stress there was nothing like a fag, a cup of tea and a pretty nurse to ease the pain while reflecting on how lucky you were!

Brave men all of them. Arguably ignorant of what they signed up for but brave none the less. I do however wonder what they would have made of the world we now live in and if they felt their efforts were worth dying for?  Think I may need to set up another blog for the purpose of having a daily rant!

Wishing you all very Merry Christmas and  Happy New Year. 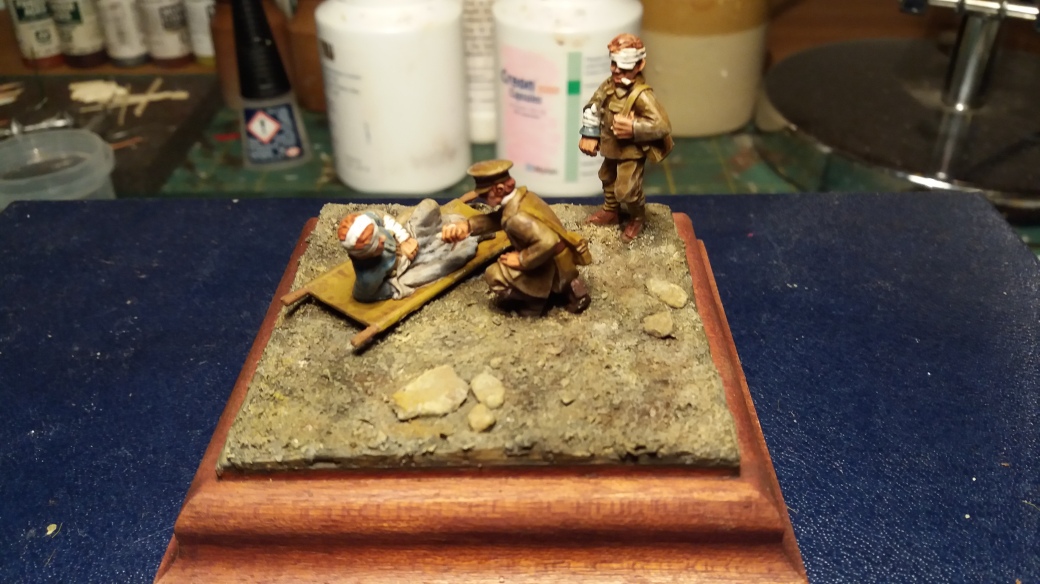 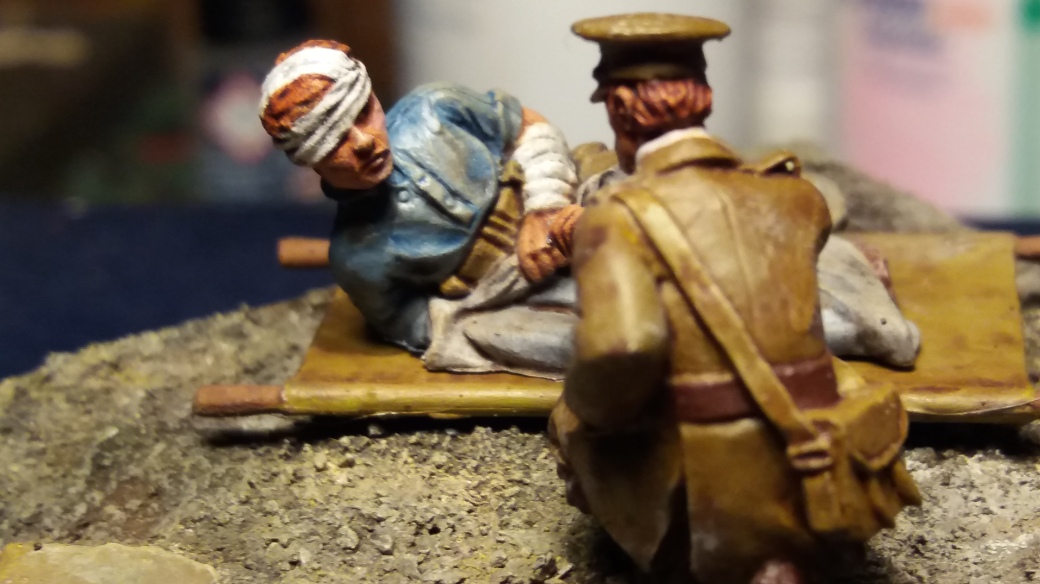 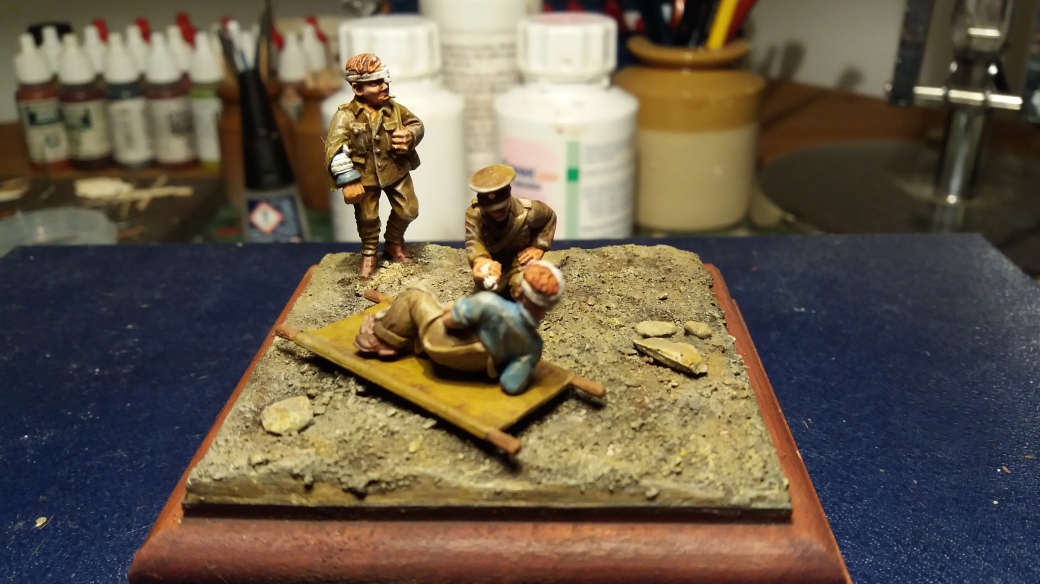