This weeks miniature is another offering from Hasslefree, a buxom young lady who goes by the name of “Yilsa The Believable” (her sister is Unbelievable and you will get to see her soon!).  The figure was one of a few I didn’t manage to get done in time for the Fembruary challenge.  Doubtless the others will follow in the weeks ahead.  Of the figures I purchased I’m sorry to say Yilsa is my least favourite but you can’t win them all. 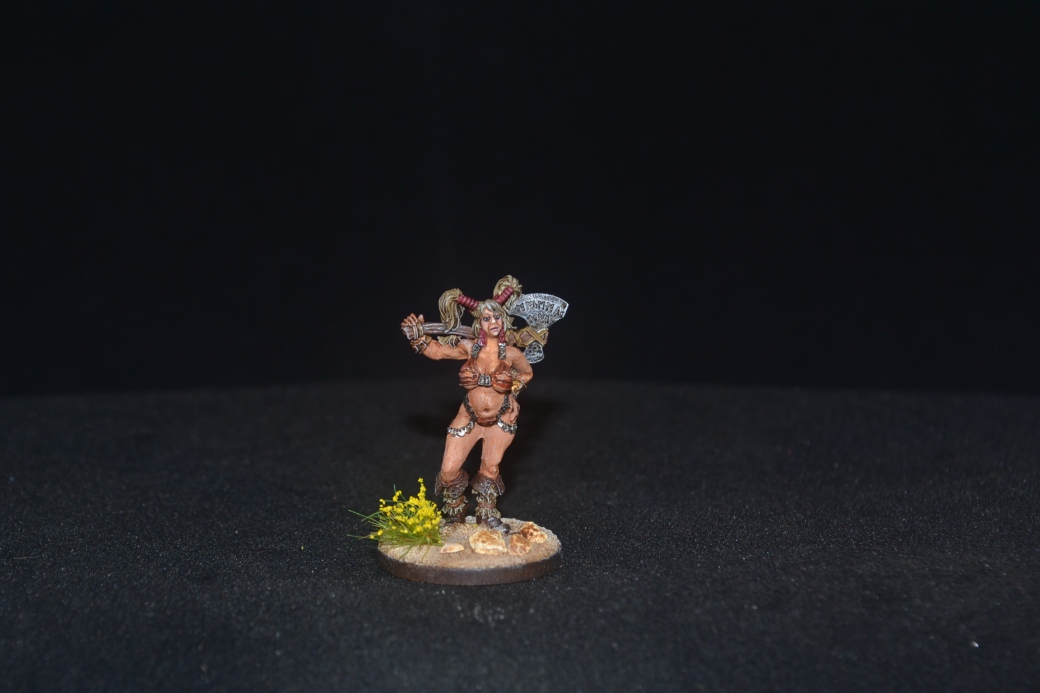 The way I see it there are two sides to the Coronavirus situation, the serious side and the how do I exploit the situation side.

On the serious side people are dying.  People of a certain age and those with underlying health conditions are it would appear among the most vulnerable.  My son has Cystic Fibrosis and is very much in the high risk group.  He also works in a Supermarket so there is no hiding from the general public and keeping his head down.  Recent government guidelines though are such that my family and I will be going into a 12 week period of self isolation.  It is a concern and as parents it worries the life out of She Who Must Be Obeyed and I a great deal.

There is also my ageing mum (88) and dad (93) to be concerned about as well as my young daughter.  SWMBO and I are now in our 60’s as is my brother and his wife.  We are not of course unique but like everyone else we are it seems powerless to do anything about the matter other than follow the advice we have been given.  Our fate lies in the hands of God or whatever you chose to believe in.

It doesn’t have to be all doom and gloom though.  Every cloud has a silver lining.  Whilst some people have elected to stock pile hand gels, toilet paper, tissues and food I have placed numerous orders for vast quantities of figures.  SWMBO didn’t even flinch when I told her I had just spent over £250.00   I have no intention of being bored in isolation.

Well It Made Me Laugh …

As I have said on previous occasions my music taste is wide and varied, from Classical to Rap and everything in between.  Every generations throws up its mix of great and shit music.  Born in 1957 I missed out on what I think was one of the greatest periods in music, good old fashioned Rock and Roll  The American High School era of the 1950’s would be a period I would like to visit if I had a time machine.  Who knows, in parallel universe maybe I am there already having the time of my life!

So why Buddy Holly this week?  Well a few days ago I went to the Wharf in Tavistock a wonderful small venue where tribute bands regularly play and She Who Must Be Obeyed and I went to see Buddy Holly and the Cricketers.  They are an acclaimed band and were simply awesome.  When they played Rave On I was in my element.

The link below is from the movie The Buddy Holly Story starring a very young Gary Busey.  The clip is when the band, the first white act, went to play at the Apollo to a black audience.  It is a legendary moment in rock history.  Three short tracks with Rave On third up.

Sadly, as sung by Don McLean in American Pie, the music died on the 3rd February 1959.

Sticking with the Rock and Roll 1950’s vibe I just felt compelled to get this one out of the cupboard.  A classic movie featuring an awesome sound track (although with some poetic license used by director George Lucas ).  Interestingly both this film and The Buddy Holly story star Charles Martin Smith. 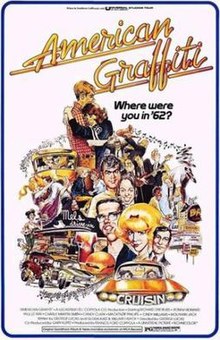 In the best interests of getting your day off to a positive start try to begin with “Good Morning” rather than “Here we Fucking Go Again!”