This week I managed to get two more of the 8 uniformed Dad’s Army figures produced by Warlord Games.

First up is Lance Corporal Jones followed by Private Frazer.  We then have a photo of the two together and one of all four figures that I have managed to paint to date.  All being well two more will follow next week.

Not much else to add other than they have been fun to paint so far and I’m looking forward to completing the rest.  The civilian version or each of the figures will provide a bigger painting challenge but hopefully that will prove to be fun as well.

The Warlord flyer which accompanied the figures describes Lance Corporal Jones as “… a veteran of Lord Kitchener’s campaign in the Sudan and no stranger to the rigours of hand-to-hand combat!  As he is prone to pointing out, ‘they don’t like it up ’em’!”

For Private Frazer the flyer states – “Frazer is the local undertaker and veteran of the Battle of Jutland.  He is openly critical of Captain Mainwaring’s leadership, though his constant carping is usually followed by the claim that, ‘I never doubted you for a minute, Sir!’ as Mainwaring triumphs yet again!” 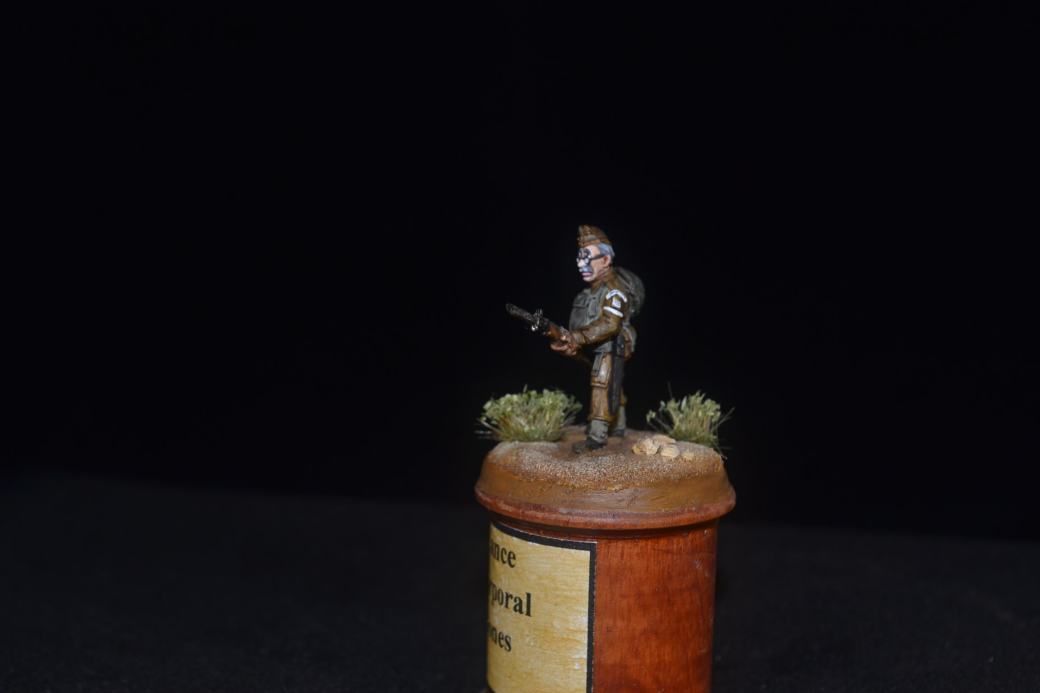 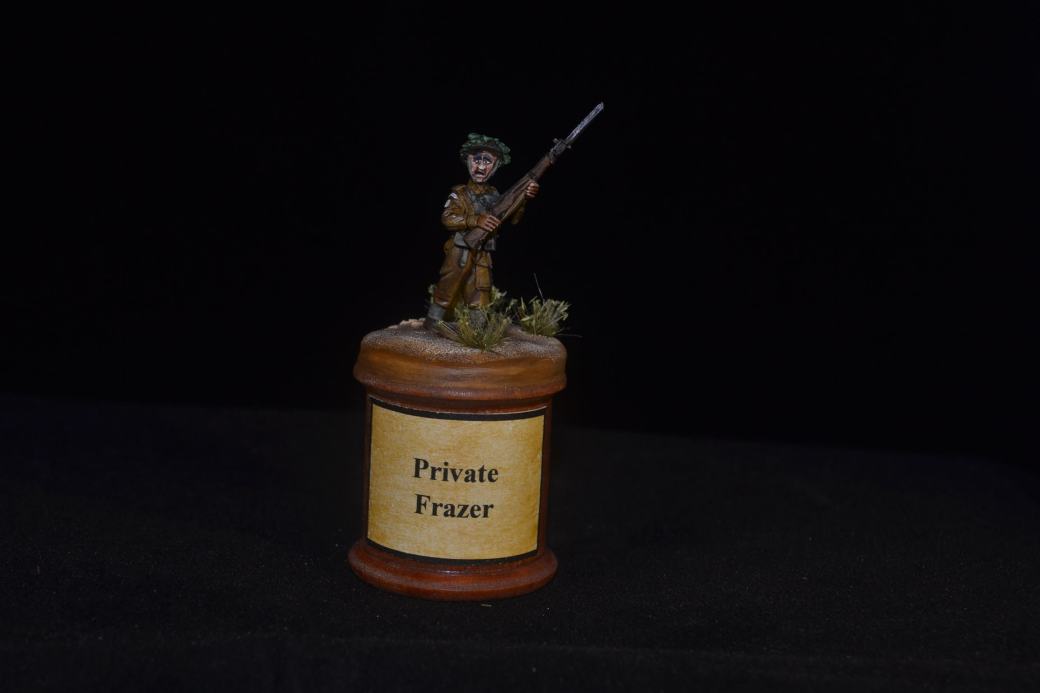 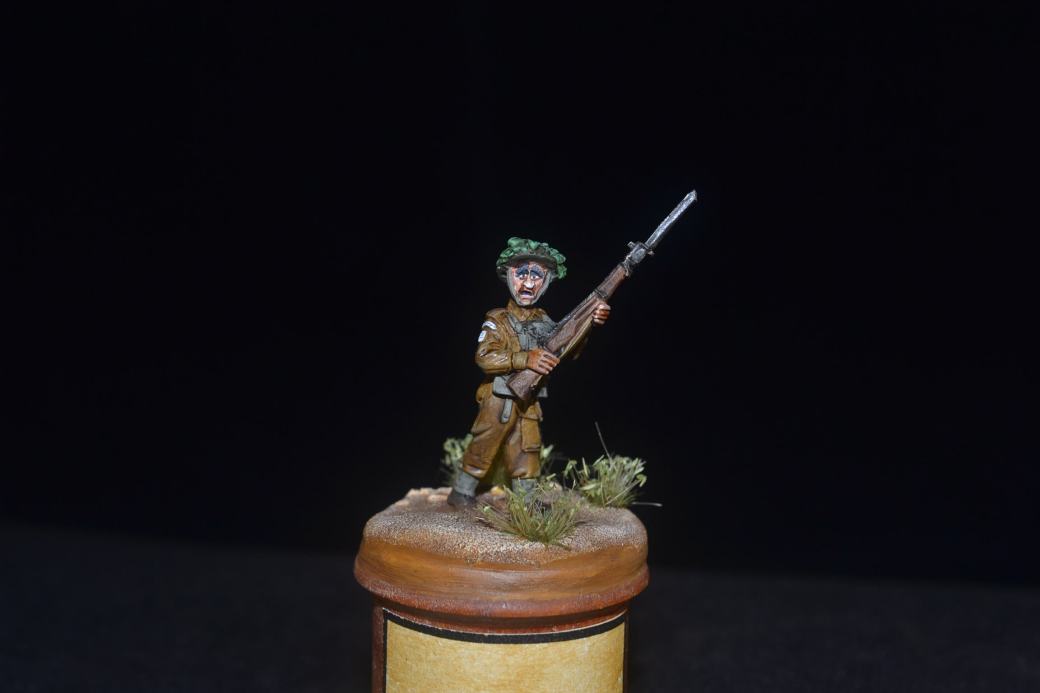 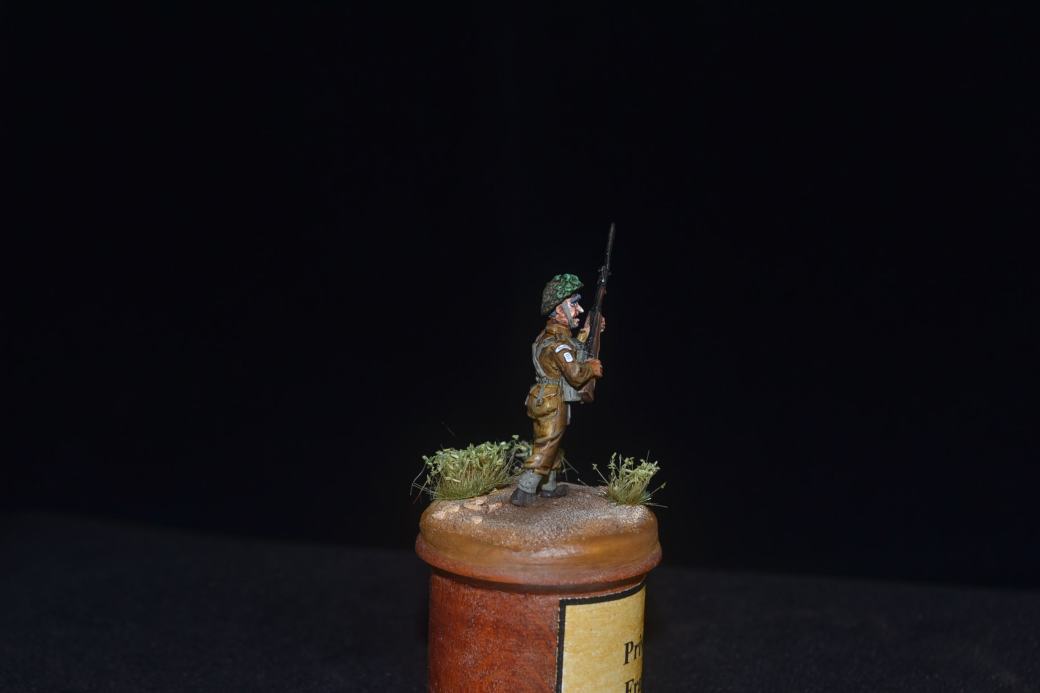 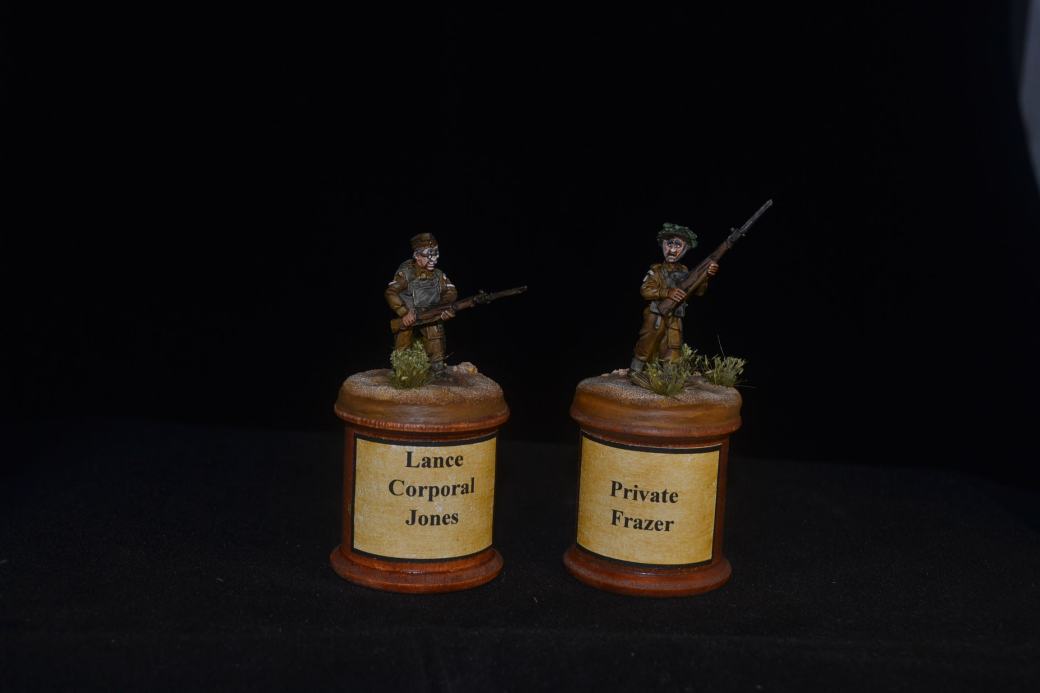 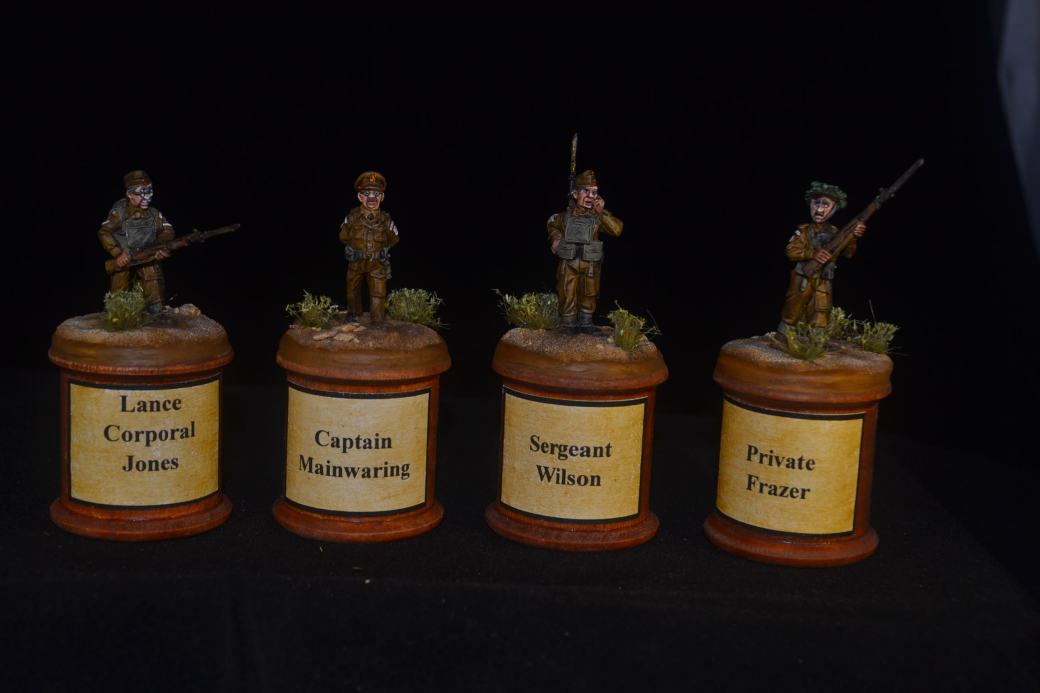