A very simple one this week and not a great deal to comment upon.

This is the third and what I had originally thought would be my final figure under my loosely linked Apocolypse mini series.  I have now got another idea festering away so a fourth, possibly even a fifth could be on the cards.

Some of you might think the title is in some way linked to the movie District 9, it isn’t.  I recently finished building a Tamiya motor cycle, a model you will get to see futher down the line perhaps (I say perhaps because the whole thing has been sitting around for months), and I had a few decals over of which the number “79” was one.

The yellow and black hazard lines were done free hand.  I kept them as precise as I could but the plan was for most of the base to be covered over so I didn’t get caried away with masking tape this time around. The figure is from Hasslefree, Winter Dionne.  The industial background contraption was a piece of plastic packaging which came with a new washing machine!  Quite what purpose it served I have no idea but painted up I figured it looked OK. 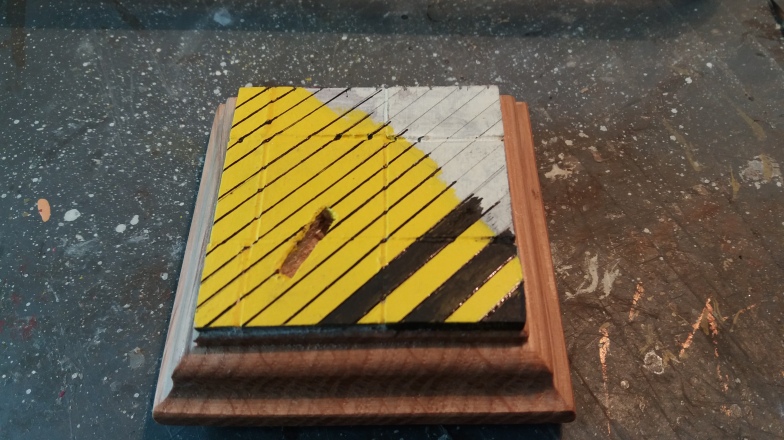 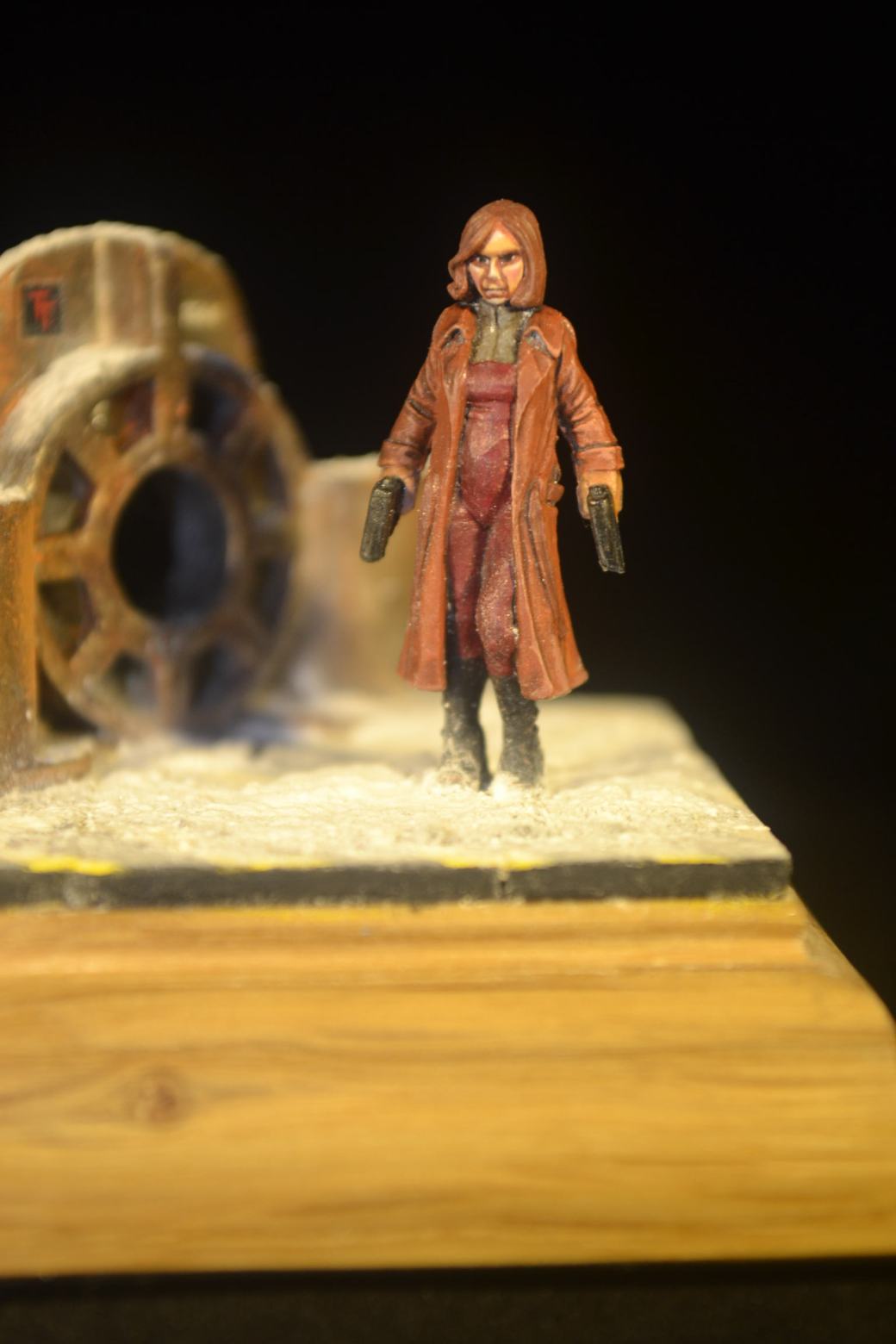 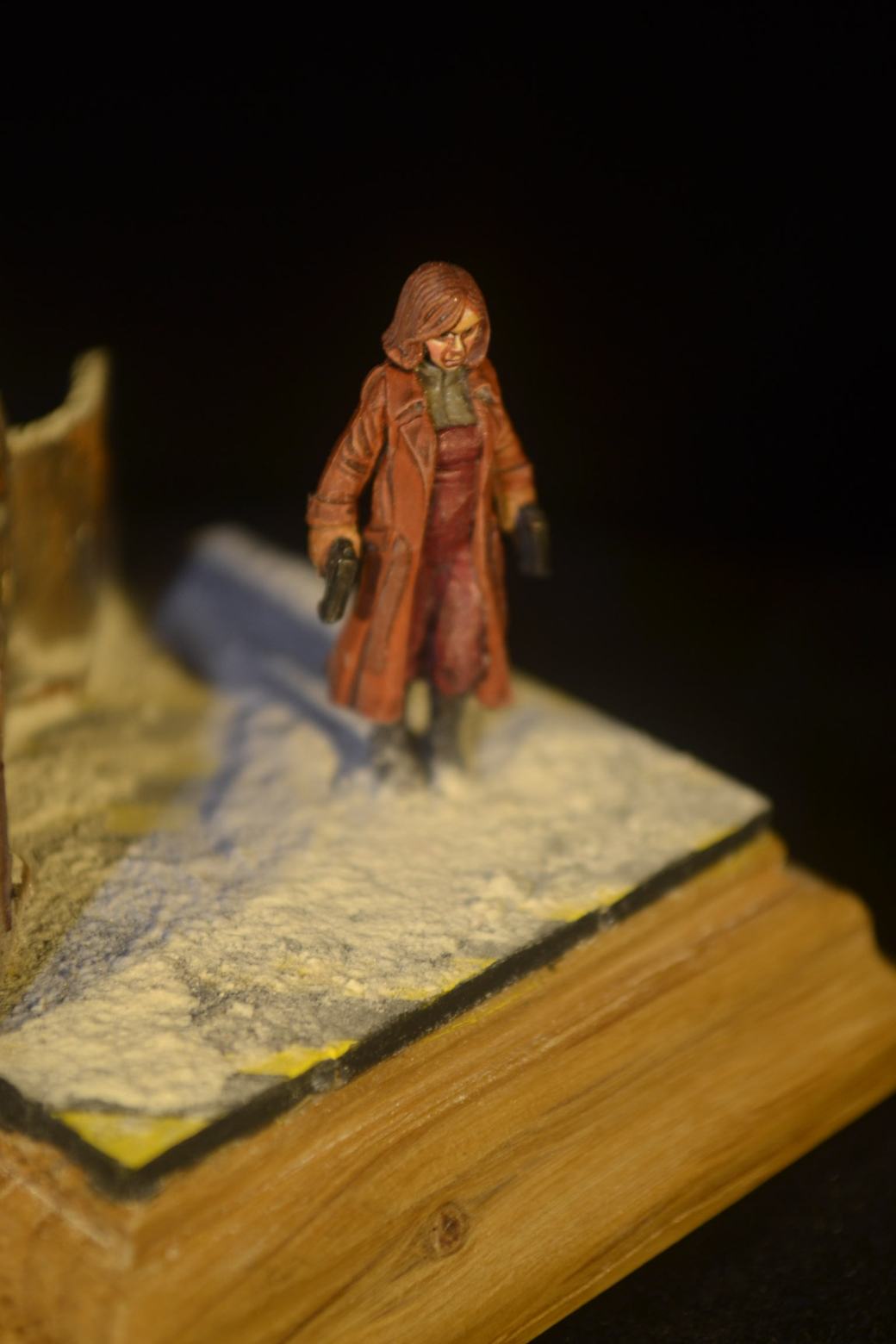