This is the second of three in my mini series under the very lose genre title, Apocalypse.  In my own mind I kind of thought I needed to group them together and this is the best I could come up with.  What’s in a name anyway?

So what do we have here?

Well what we have are two Hasslefree figures, both with a bit of attitude.  The observant of you who follow this blog will recognise the larger figure on the right.  This is the same figure I used in my recently named “Get out of my fucking room!” diorama.  As previously mentioned I just love this figure which just happens to come in three variations.  This is the second and the third option is for the figure to have a wand in the right hand and a spell book in the other.  For now at least I cannot see myself doing that one.

Inspired by the Sex Pistols I decided to go down an anarchy themed route and set the figures against a graffiti daubed wooden fence.  As a minor tribute I added the album cover and the words “Never Mind The Bollocks …”  The graffiti was free hand and is OK while the little piece of wire fence to the right was made from the plastic mesh that garlic cloves come in from the supermarket.

Not a great deal more to say so on to the photo’s which begin with a few work in progress shots. 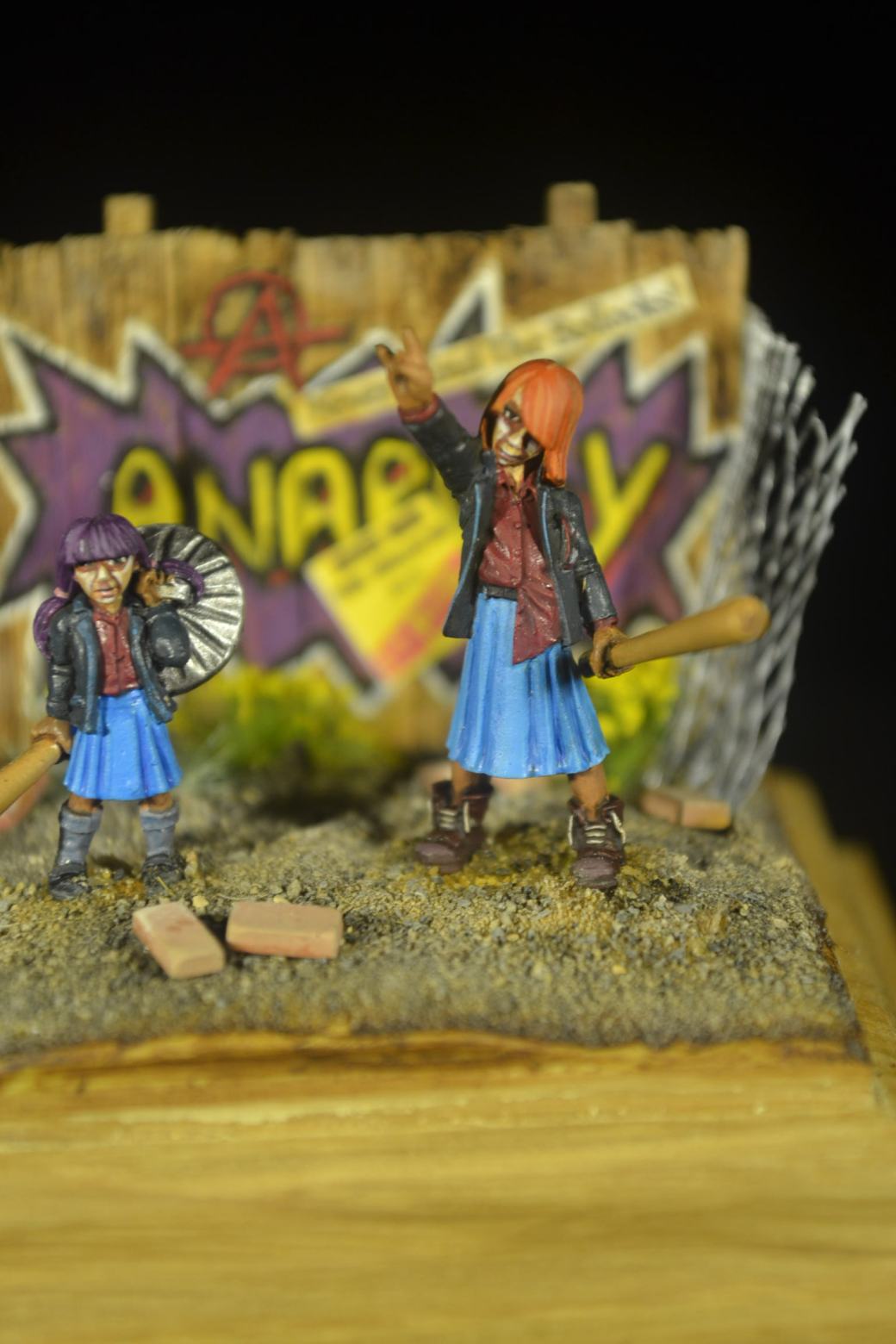